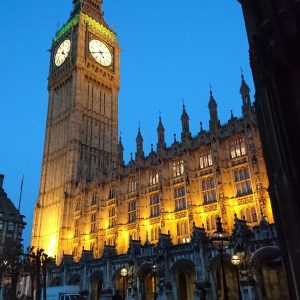 Morclean Ltd based in Staveley (Chesterfield) have won not one, but two awards in the Green Apple Awards for Environmental Best Practice.

On 11th November 2016 Morclean traveled to the Houses of Parliament in London to collect two awards in the national campaign to find Britain’s greenest companies, councils and communities. Here they were presented with their awards and certificate at a glittering presentation ceremony in which other like-minded companies attended to receive recognition.

Morclean had two products up for an honour in this year’s awards including the popular WashPad vehicle wash system and the LoFlow pressure cleaning system. Both of the systems left the award ceremony with an accolade and received a silver award each- a great achievement.

Peter Morley, the MD at Morclean comments on the evening:

“The aim here at Morclean is to always develop products that are more friendly for the environment and promote these the best way possible. This will be the 4th Green Apple Award we will have received and we always enjoy the recognition presented to companies that work to help the environment”

The awards are organised by The Green Organisation, an independent, non-political, non-activist, non-profit environment group dedicated to recognising, rewarding and promoting environmental best practice around the world.

The machines that have received recognition include the LoFlow medium pressure cleaner which is an all-electric, fume-free and water saving machine.  The Wash pad system is an innovative system which collects the effluent generated from washing vehicles and helps dispose of it down the correct drain, avoiding malpractice and pollution in the water system.