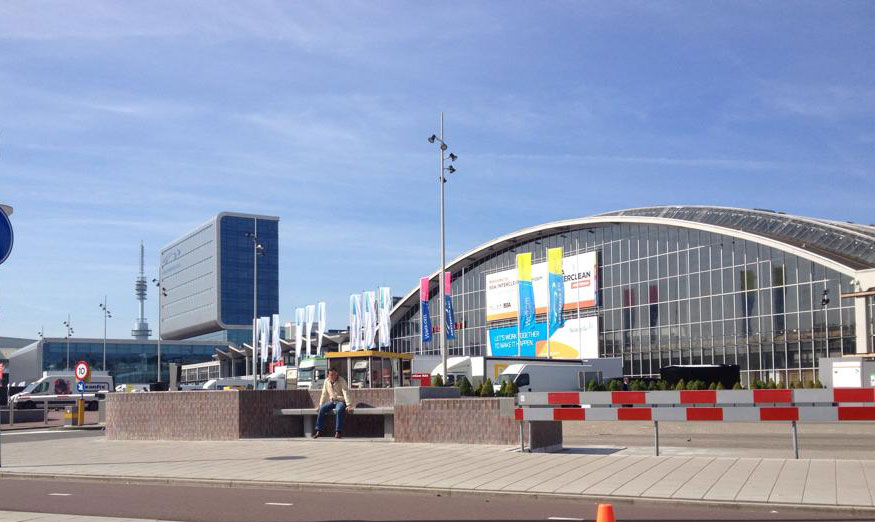 The new CITY project has involved over 3 years of research and development, a totally new, fresh approach. This involves  R&D, design and concept, tests and trials and prototypes.

In order to achieve this we have been working with battery powered high pressure water technology. The new CITY was developed so that we could provide a totally new concept, which we feel is an extremely innovative and unique product that will reduce fuel, costs and C02 emission. The new CITY runs entirely from batteries and without a petrol engine. 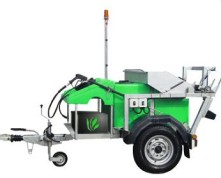 We wanted to develop a product for the environmentally-minded, a concept that operators would wish to be part of, a machine that turns heads and offers more than just necessity and compliance. A smarter product that moves into a new direction rather than re-working the systems currently available.

The innovative design is new to the market place. It provides operators and the community with a smarter, green, quiet, workable and viable solution to a dirty problem.

We have endeavoured to produce a machine that lowers emissions and C02, reduces maintenance and lowers running costs, while being practically viable for both parties. We believe that the new machine will achieve more for this industry than any other machine on the market today and it will enabled us to reach into Europe and beyond.

Morclean manufacture and distribute industrial cleaning equipment. Many machines are niche or bespoke, and we produce a variety of machines including a range of trailer-mounted bin wash machines

Our existing range of bin wash machines, namely the Custom, are self-contained, light and portable, and the system recycles the water for a full day of washing.

The self contained, purpose built wheeled bin cleaning machines feature effortless bin lifting mechanism which aids efficiency at the touch of a button and the bin can be cleaned in seconds. Water is filtered and ready to re-use throughout the day.

We developed the first Custom 3 years ago, and after it’s launch we then introduced the 2nd generation machine which benefitted from several improvements. Like most machines on the market today, both systems run from a petrol engine

During the last 3 years we have developed a brand new range of bin wash machines, and we’ve named this the Bin Wash CITY

In order to achieve this we have been working with battery powered high pressure water technology. The new CITY was developed so that we could provide a totally new concept, which we feel is an extremely innovative and unique product that will reduce fuel, costs and C02 emission. The new CITY runs entirely from batteries and without a petrol engine

We consider that this is an even better solution for the whole industry than what was previously available in the market place – both from ourselves and our competitors.

Like many bin wash machines on the market today, we considered recycling water and saving energy was a requirement rather than an innovation. We felt that machines were making savings for reasons of necessity, legislation and profit as opposed to being totally innovative.

So, we tried to excel and improve the machines totally powered from batteries instead of an engine.

The new CITY project has involved over 3 years of research and development, a totally new, fresh approach. This involves  R&D, design and concept, tests and trials and prototypes.

What we have achieved, is a machine that is virtually silent, with little noise or fumes and it’s carbon free. We can now provide a quieter, more efficient system. Operators can market their service as truly green, which we feel is a first in the market place.

Set aside this, everyone in the community benefits from less noise and pollution on their own doorstep.

The CITY offers a fuel saving, and little maintenance compared to a petrol engine, and very low charging costs. The machine switches to standby when not in use. The CITY is easy to work with, quiet, simple to use, and it also takes a top-up charge from the vehicle during normal use.

The new battery technology has enabled us to develop an innovative and totally new concept like no other bin wash machine on the market today.

In order to manufacture the machine practically and efficiently we been able to have the battery technology produced in a ‘pack’ format. The existing model, currently fitted with a petrol engine, can be easily modified during normal production so that lead times are not extended. We have exhibited at several International shows and we will exhibit at Expo-Scotland September 2014 as well as the Cleaning Show, Interclean CEE (Poland) in 2015 and Interclean ISSA Holland 2016

During the period of R&D we have involved several members of the team – including our engineers marketing and service support staff, we have also extended our manufacturing area. We anticipate that the new CITY will allow us to further expand and sell into European markets where there is a significant push towards clean and quite machines. Our next stage of development is to use the battery technology and produce other models, including a larger machine for North American bins 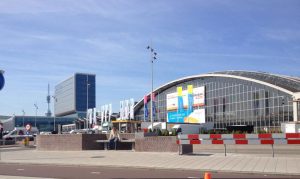 In order to establish the routes to market, we are delighted to announce that we are opening a hub and service centre for Morclean in Rotterdam from 1st July 2014

Our aim was to develop an innovative bin wash machine that would change the way operators think. To be the first to recognise the need for a totally new idea in our industry and to be proactive in taking steps forward to improve what is currently available in the market place today.

Ever thought of joining the Bin Cleaning Association? Wondering why you should join?

The NAWBW encourages membership for the following reasons;

The National Association of Wheelie Bin Washers operates with the approval of both DEFRA and The Environment Agency. They produce Health and Safety Guidelines EA and DEFRA approved, and have their own charter and mission statement. They exist to elimate the operation of ‘cowboy’ bin cleaners in all areas within the UK and have succeeded in effectively eliminating many of these operators. The Association works with its members in a way their members wish.

Shipping our Products all over the World
April 8, 2020