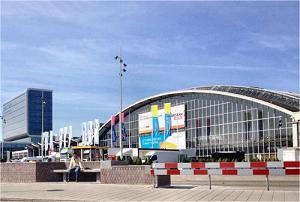 At the beginning of May, Morclean exhibited for the very first time at Interclean in Amsterdam. The show is the largest of its kind in the world for the commercial cleaning sector and Morclean was pleased to be in attendance showing off the new-look binwash to people from all over the world. With visitors from Spain, Portugal, Italy, Denmark and further, the show exceeded all expectations.

We welcomed new visitors and old customers alike to the stand to view our smart looking machine. With its moulded front cover and improved filtration tray this machine blew people away with its user-friendly operating system and potential earnings too! 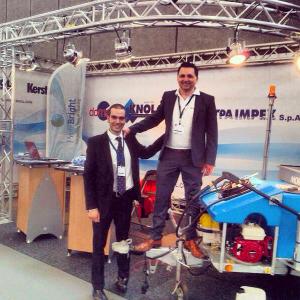 Peter Morley, Morclean Managing Director said, “Interclean hosts all the leading global brands and key international companies and everyone in our team was busy during all four days, handling new enquiries from all over the world and welcoming International visitors to the stand.

“This major international show took months to plan and demanded time and effort from all the team at Morclean. After four very busy days at the Rai, we were soon convinced it was worth all the effort.

“Infact, the show was such a resounding success for Morclean that we are pleased to announce that we will be attending the Poland Interclean in April 2015 along with our Polish Binwash Distributors, Bravos.

“Morclean would like to take this opportunity to thank everyone for helping make Interclean such a successful exhibition – to the people who visited the stand, the team in the office and our Dutch distributors (Knol) for assisting us whenever we needed them. Here’s to an equally successful Interclean 2015!”

Shipping our Products all over the World
April 8, 2020